A drone that brings a defibrillator to someone in cardiac arrest, is much faster than traditional emergency response such as an ambulance. Tests have shown that a drone averages 16 minutes faster over a distance of about three kilometers. Thus, the survival rate is significantly increased. 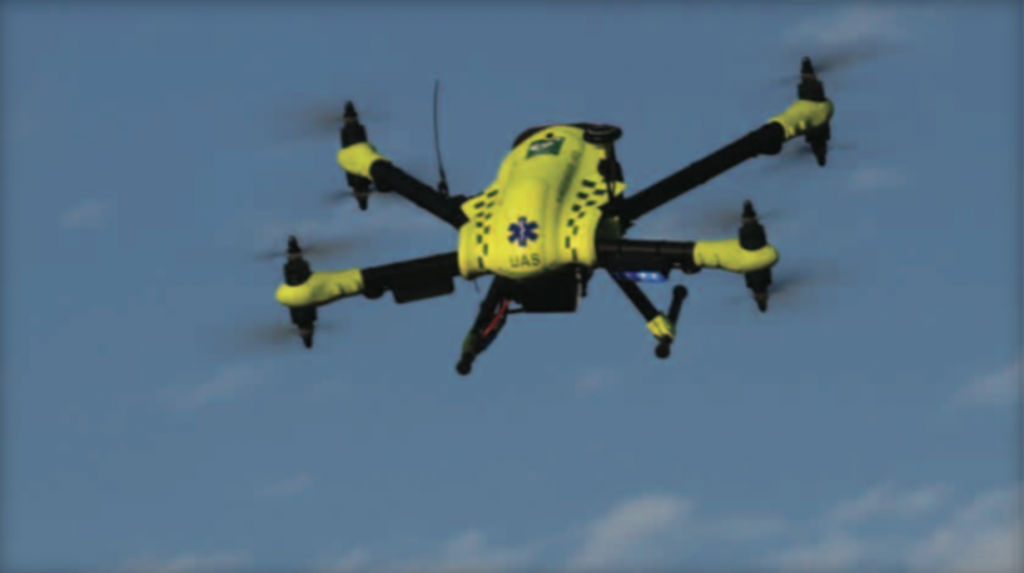 The medical university Karolinska Institute in Stockholm conducted the tests in the Swedish capital. A cardiac arrest is a leading cause of death, where literally every second counts. With every minute that passes after a cardiac arrest, the chance of survival by 10 percent. That chance after 12 minutes reduced to zero, reports the JAMA Tuesday.

Sweden has developed a drone which brings a defibrillator on site. This easy-to-operate device can, by means of an electric shock to initiate again the heart of a patient.