So here i am again. Love the ImmersionRC Vortex 250 Pro but it was not still quite there yet!
A few weeks ago i already did some upgrades, Swapped the camera to the Foxeer HS1177, swapped the blades to the Dal 5×3 and added some sweet 3D printed parts.

But the mad scientist inside me was not satisfied yet and had some idea’s, which have been done by others also 🙂 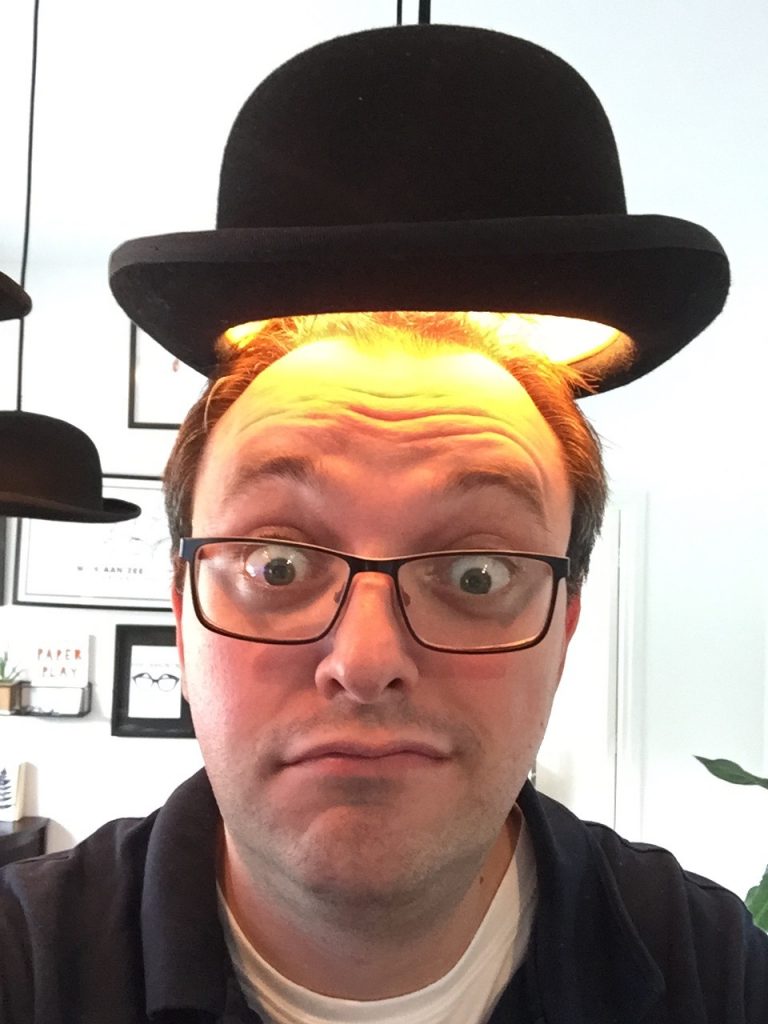 Was not that fond of the vTX being in front of the quad and the TX on the back was also not that a bright idea (antenna’s and blades do not like each other that much!) Yes it will blend!
vTX in front of the quad with a carbon frame.. When you fly in line of transmission it might get blocked by it’s own frame! In my case this happens quite often. 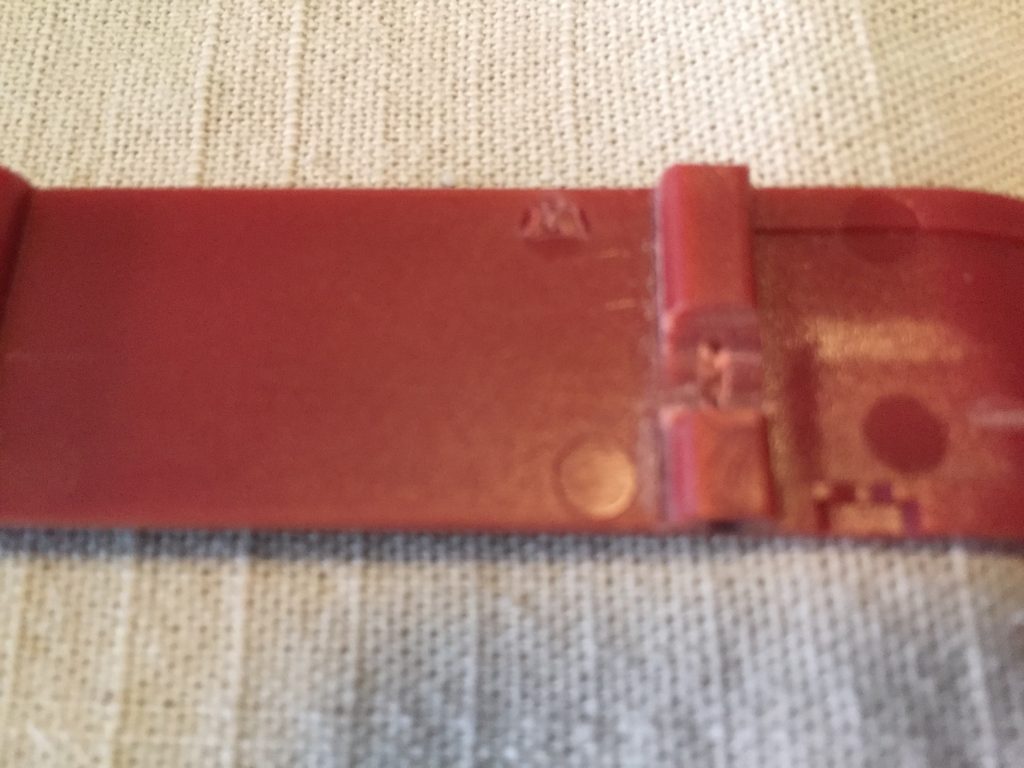 Once again i took the Vortex apart and did some remodeling inside. Felt like some mayor “plastic” surgery has been done afterwards..

Mounted the vTX to the back, had to cut some of the internal side plating (see left) to get the vTX cable nice and snug. Placed the Spektrum DSMX TX inside of the quad! This also give a lot more crash protection to the TX..
Had to remove the casing from the Spektrum DSMX to save space and taped it up to prevent short circuit.. 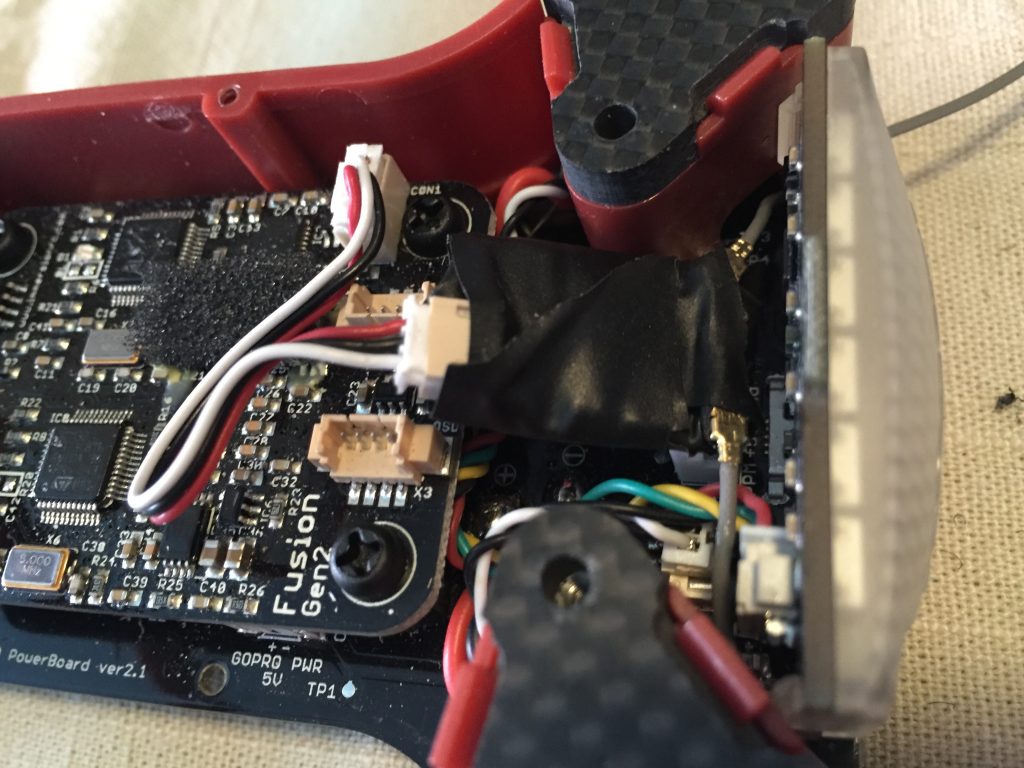 Then i cut the back of the top carbon plate, not really needing that part now when the TX is inside and reduced a little bit weight! With some fine grade sandpaper on a block, made it nice and smooth again. 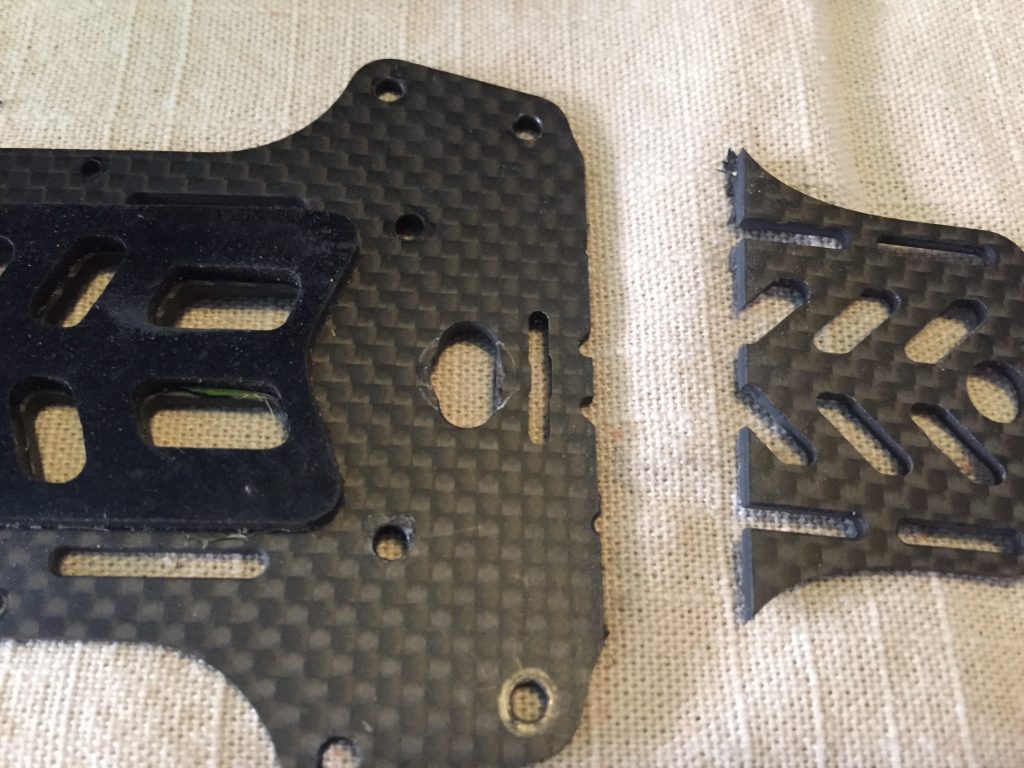 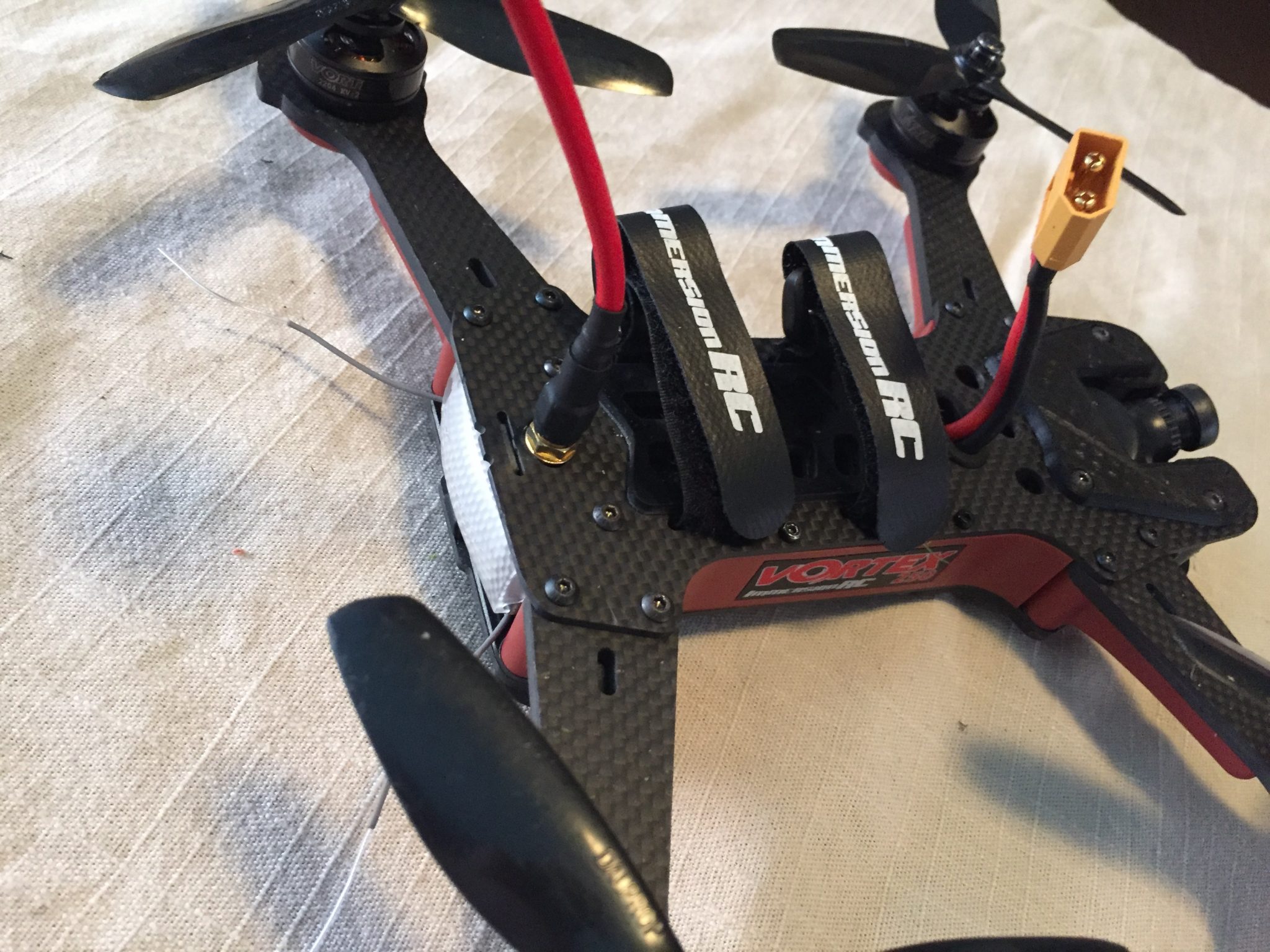