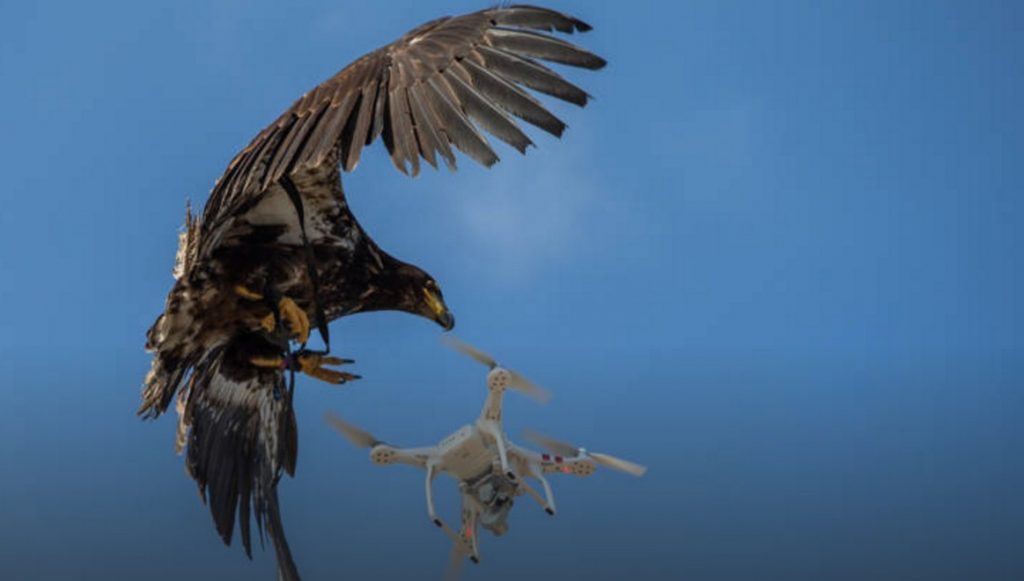 The first sea eagles that can take down drones for the Dutch police, are ready to be deployed.
The police are experimenting with multiple ways to disarm the unmanned aircrafts.
The dutch police hire the eagles from a american company, but also buy small raptors that receive training for one year. The police agents that are deployed with the eagles must, among other things ensure that the animals do not get injured during their work. “In professional drones of three kilograms or more can cause propellers cuts in the legs and claws of birds,” said police spokesman Dennis Janus. TNO research has shown that this is the case with carbon propellors. 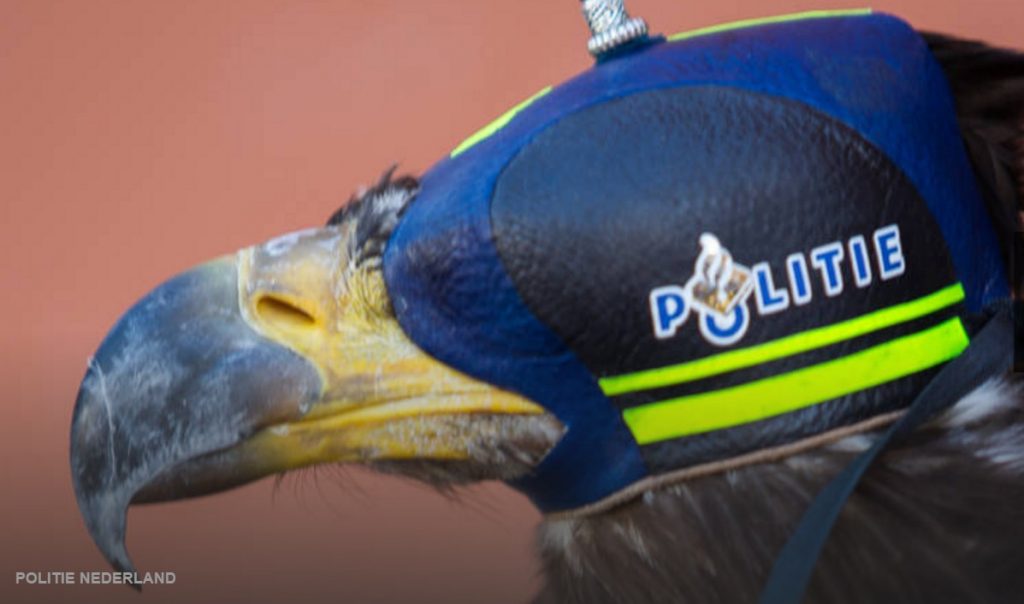 The police have to investigate how the claws of the animals can be protected. Conversely, the drones can be damaged after an interception by the birds; this would have happened in the meantime ten times at testing. The eagles will be used at events where they should stand ready to grab some drones, in practice, probably able to grab most quadcopters. The police is working on other methods, such as drones with big fishing net and systems based on  UHF -wave work to disrupt the operation of drones.