Just got in! The Fat Shark Attitude V4 Anniversary Edition supplied by DroneShop.nl.
Here you will read about my experiences with it compared to a Fat Shark Dominator V3.
Will also be used with a Vortex 150.

Read here how to upgrade to a Diversity receiver from True-D.

First of all, when unboxing this i got amazed by the bright red finish. This will make your inner flying pimp shine on the field. It’s build is similar to a Dominator V3.
Rather then making yet another unboxing video, the one below is pretty sweet.

The new receiver is a nice addition and what it lacks in diversity, it makes up for in usability! The OLED screen makes a nice change from dip switches on the previous versions and has been put to good use. As well as clearly displaying the Band, Channel and therefore Frequency that you are currently tuned to, the receiver includes a frequency scanner. It is now possible to see which channels are in use and the signal strength on each channel, making tuning into a friend’s feed much easier. In addition, Fat shark claim improved performance from the receiver, with higher sensitivity. This should mean less interference and overall a ‘cleaner’ video feed, possibly removing the need for a diversity setup in most cases.

Fat shark appear to have stuck with what they know as far as the optics are concerned. Although this is not a step forward, I like that they haven’t released another pair of goggles with huge FOV and blurry images. Instead, buyers can be sure that they will receive a crisp image and a screen that is a perfectly reasonable size.

Also the DVR at this price point is a big plus. compared to to V3 without DVR it’s only 50 bucks more.. Making this a good price vs functionality goggle.

It’s disappointing to see another set of Fat shark goggles released without diversity. The upgraded receiver stopped short of being what most in the hobby would like to have seen, which is a pity. For most this will mean purchasing an additional (diversity) receiver, but without a second module bay, this limits choices. While diversity has become expected by most, it is only needed by a small number of pilots. Think about how often you need the benefit of both omni and high-gain directional antennas, not often.

The battery size is somewhat underwhelming. It’s understandable that Fat shark have released a cool-looking colour matched battery to go with the red faceplate, but why limit this to only 1,000 mAh? The standard 1,800 mAh 2S version would have been much more useful, but by not including it, additional battery purchases are almost guaranteed. Would be nice if the leds were red too instead of blue. Matching the theme 🙂 But hey, beggars can’t be choosers.

The lack of HDMI input will either kill these goggles or not be an issue and is completely personal. I love hooking up to an HD feed or the PC, but if you only intend on using an analogue feed, this isn’t an issue.

My overall impression of the Attitude V4 , as a “10 year Anniversary Edition” release, is that I would have liked to see something more innovative. What is most exciting is the new receiver module, which is also due to be released separately soon, but ultimately there are already aftermarket versions which do more.

If you already have Fat shark goggles, these may not be for you, but… For anyone starting in the hobby or wanting to make the step up from screen box goggles, the V4s offer a great overall package at a very attractive price point! 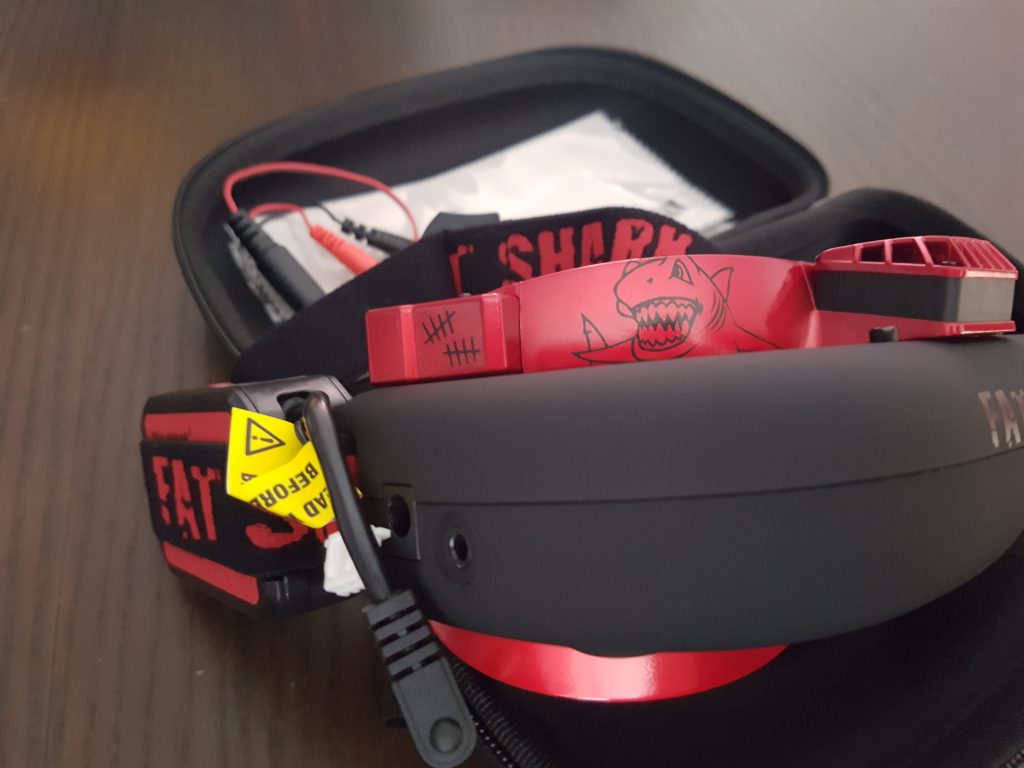 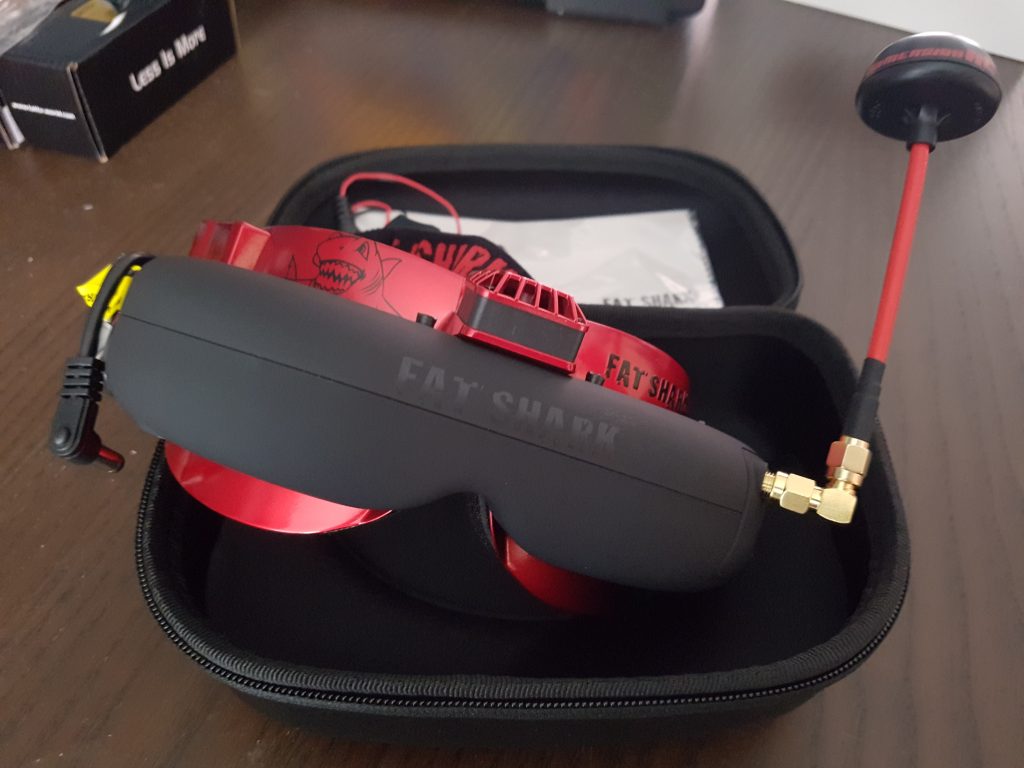