After testing all those settings, and all passed I was still scratching my head why the witness was isolated and living in 2 partitions. 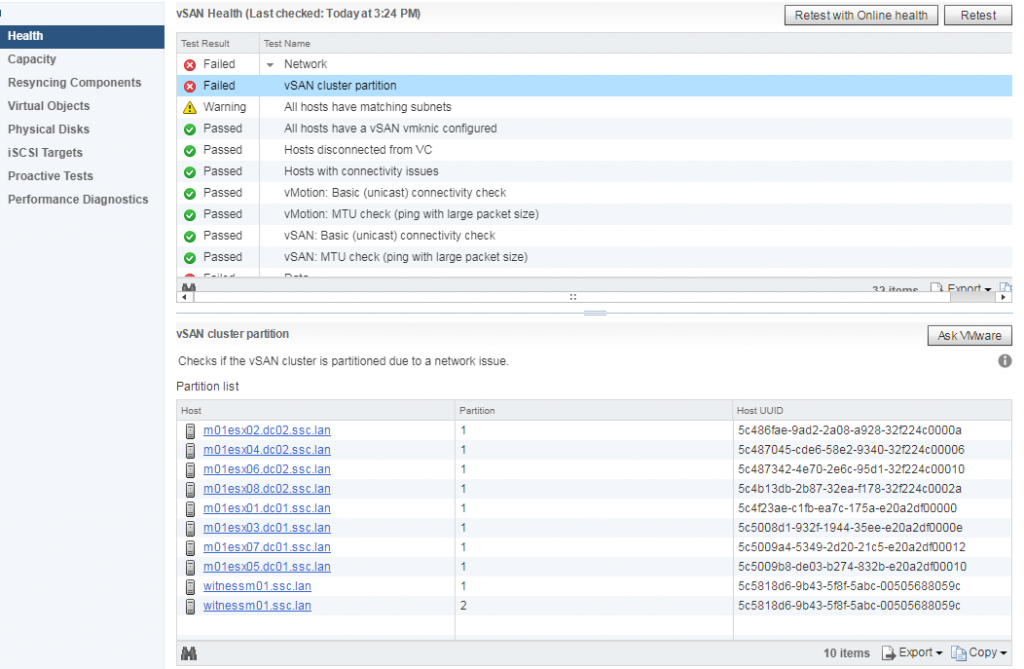 It formed a cluster just fine… Pinging all objects worked on the correct VMK. Routes were all there.
Unicastagent showed all hosts including the witness. 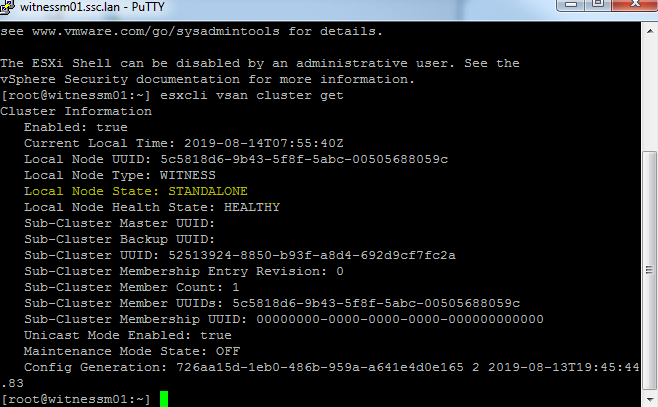 So why is it still isolated? what am I missing here? it worked before the failover…
Even redeployed a new witness on the same physical witness host and it still not worked!

Something the KB article does not mention

All the tests in the KB article on vSAN Witness Node Isolation only test TCP. not UDP…
The vSAN Clustering Service uses UDP!

After deploying a new witness in a new network and another host it came up instantly. So this pointed me in the direction that it’s still a network issue!
Where the problem eventually was, was that UDP was disabled on the vSAN witness switch ACL due to network hardening. This kept on working before because the UDP connection was open at all times until the failover happened. after that, the UDP was blocked and hence the vSAN Clustering Service died.

So if you run in a similar issue with a vSAN Witness, check UDP traffic!