Upgrading VMware Identity Manager from 2.8 to 2.81 and ending up with the No Network Scenario. 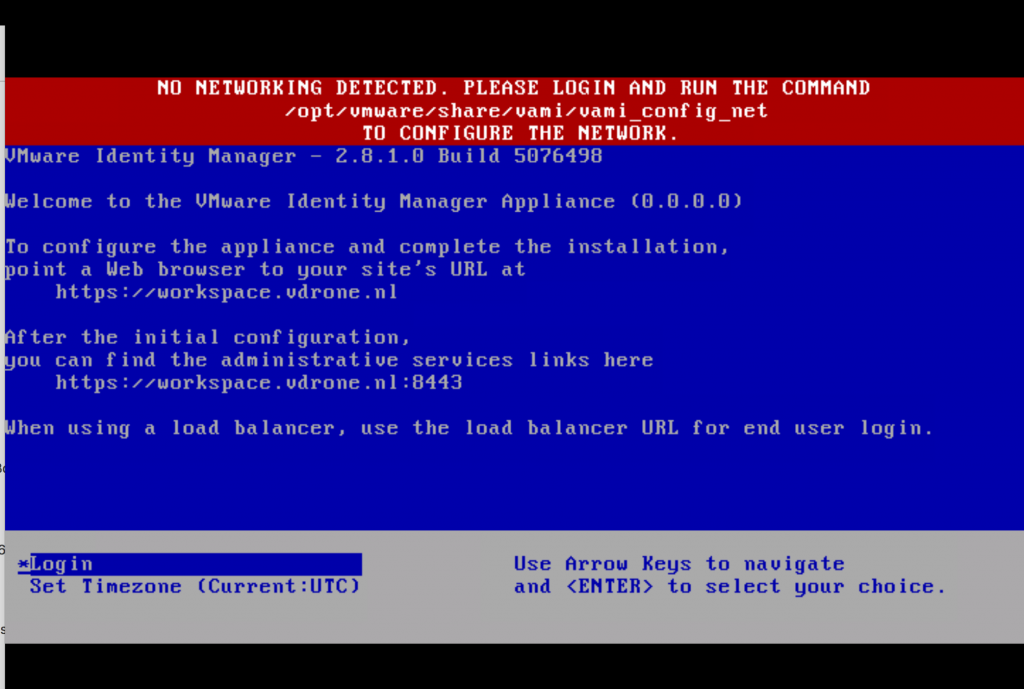 So you upgraded your VMware Identity Manager and after the reboot you get smacked in the face with a BIG red error message saying no networking is detected. You follow it’s advice and log in as root to start VAMI by running: /opt/vmware/share/vami/vami_config_net
Now seeing your IP and Gateway are missing after pressing 0.. Right…. Those were there before the upgrade 🙂
Next you might be thinking, ok, lets press option 6 in VAMI and enter the IP and Gateway.
Being all happy while pressing that last enter and…

In the case of my upgrade the file was gone.
One can either recreate it or put back a backup if you created one before upgrade, attaboy 🙂

To recreate it you go to /etc/sysconfig/networking/devices/ then you type “vi ifcfg-eth0” and fill in the info below. If your allergic to vi, then use “nano ifcfg-eth0”

Now save with :wq! and reboot the disconnected appliance.
Your VMware identity Manager will now come back online!

1. Have a proper backup like Veeam or other image based backup software.
2. Create a copy of your current ifcfg-eth0. Beats rebuilding it.
3. Create a snapshot before you upgrade. Create the snapshot preferably when the appliance is powered off. Yes it has a vPostgress database or uses SQL externally.

To create a copy of your ifcfg-eth0:
Login as root via the vSphere console or SSH into the appliance as sshuser and sudo yourself to root. cd /etc/sysconfig/networking/devices/ and cp ifcfg-eth0 ifcfg-eth0.bak