Moscone North and South are connected by a pedestrian bridge over Howard Street, as well as by the underground exhibition hall, which extends far beyond the aboveground structures and beneath Yerba Buena Gardens and the Metreon entertainment center. The massive underground hall has been described as a bunker. Together, Moscone North and South have 504,000 square feet (46,800 m2) of contiguous exhibition space, two ballrooms, 82 meeting rooms, and 107,000 square feet (9,900 m2) of pre-function lobby space. 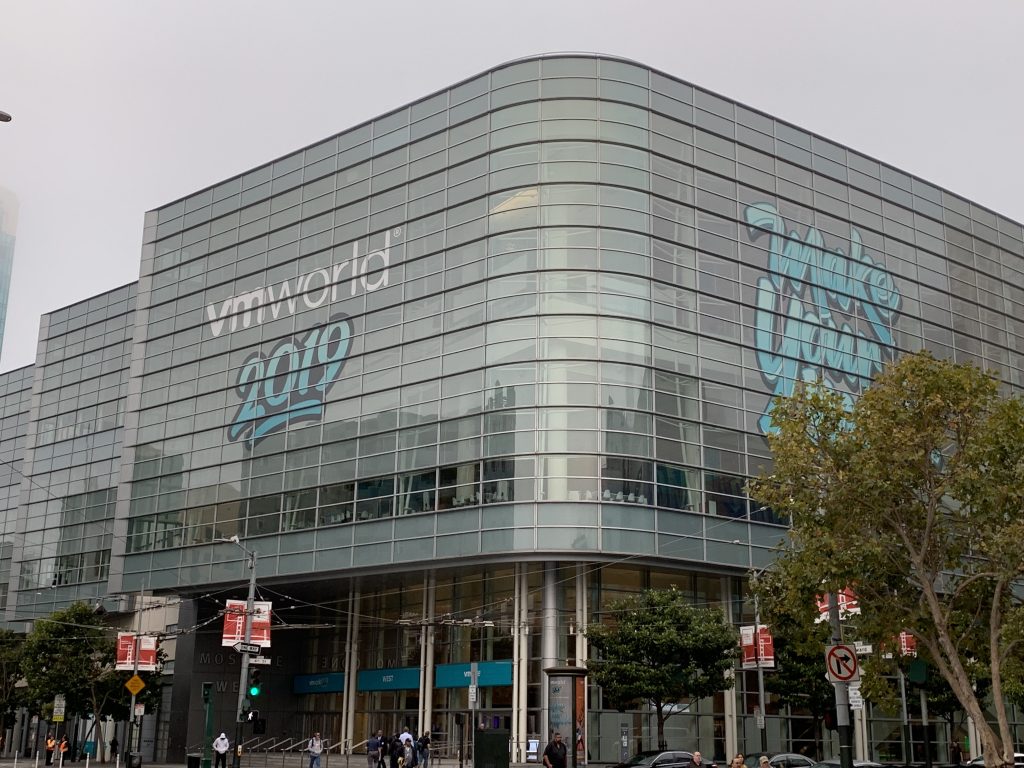 This year is my first time to San Francisco and was blessed by VMware with a Blogger Pass! Next to that blessed with the company I work for, ITQ, for sending me over together with Johan van Amersfoort. Last year I went to VMworld in Las Vegas and the two years before that I went to the EU versions. But that’s not it! Even took my wife with me this year so she can have a short break before starting her new job! 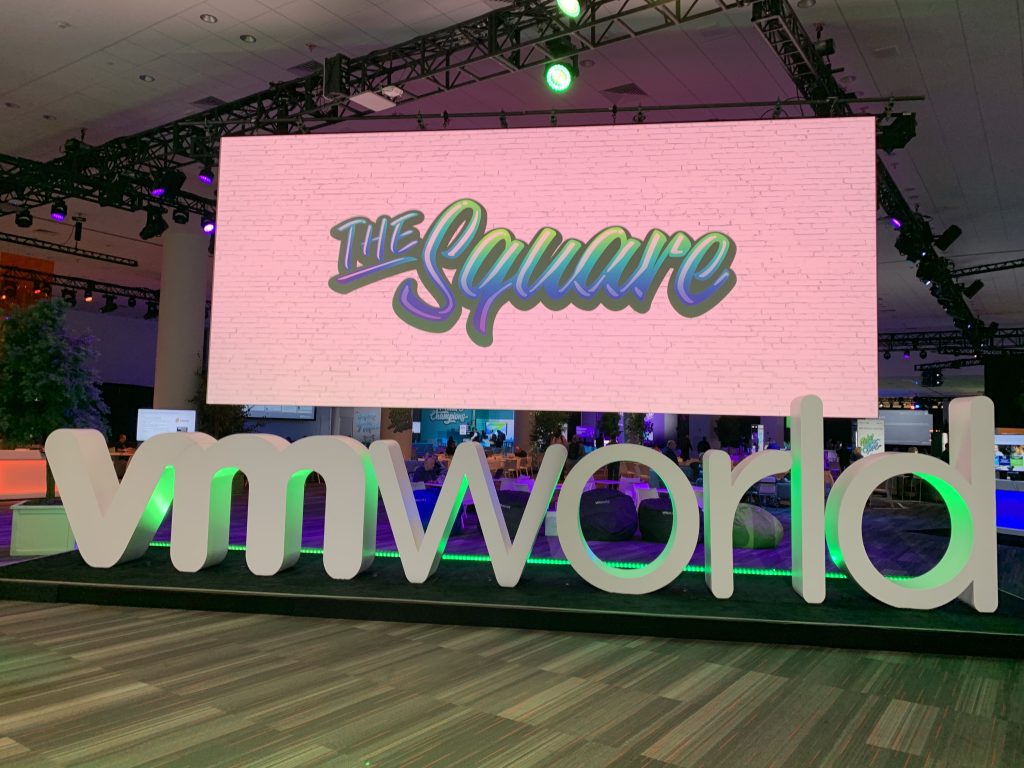 For me, day one started at 07:00 picking up my badge! Since I was hit with the bad juju jet lag which was making me clear awake at 03:00 I thought, what the heck, lets badge up 🙂
After this, I went with my wife to see Alcatraz and Pier 39. Had to take in some of this local awesomeness. 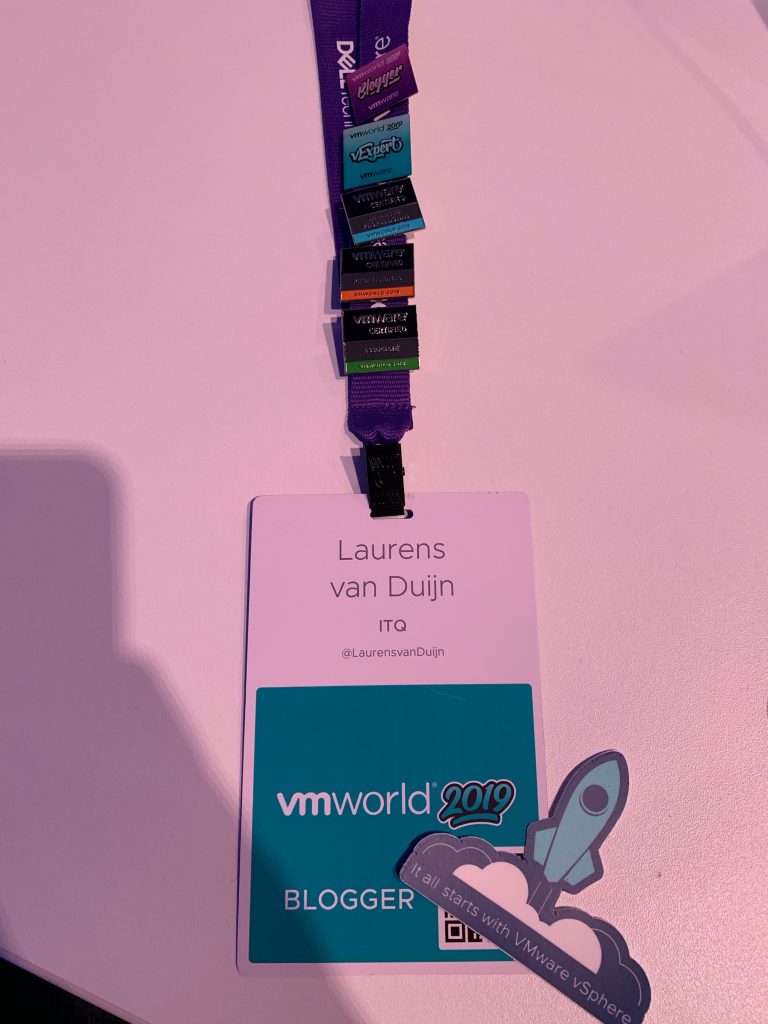 Then I returned 14:00 to pick up the vExpert Swag! This was a pretty sweet bag, sticker and a Raspberry Pi 3B! Corey Romero, the vExpert & Advocacy – Manager at VMware did a great job! Thanks Corey! 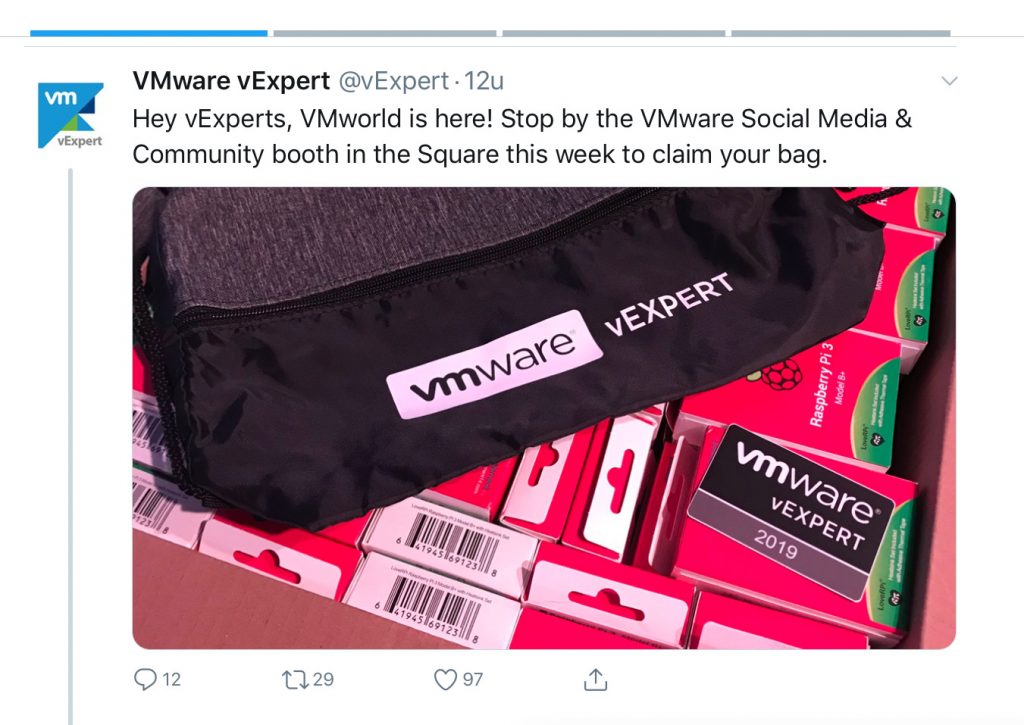 Went to the Partner General Session at 16:00. Since I also work for a VMware Partner, ITQ, I want and had to be included in this session. Pat Gelsinger, Jenni Flinder and Susan Nash gave us Partners a great update! Fun to hear that Pat buys more companies than Jenni does shoes 🙂 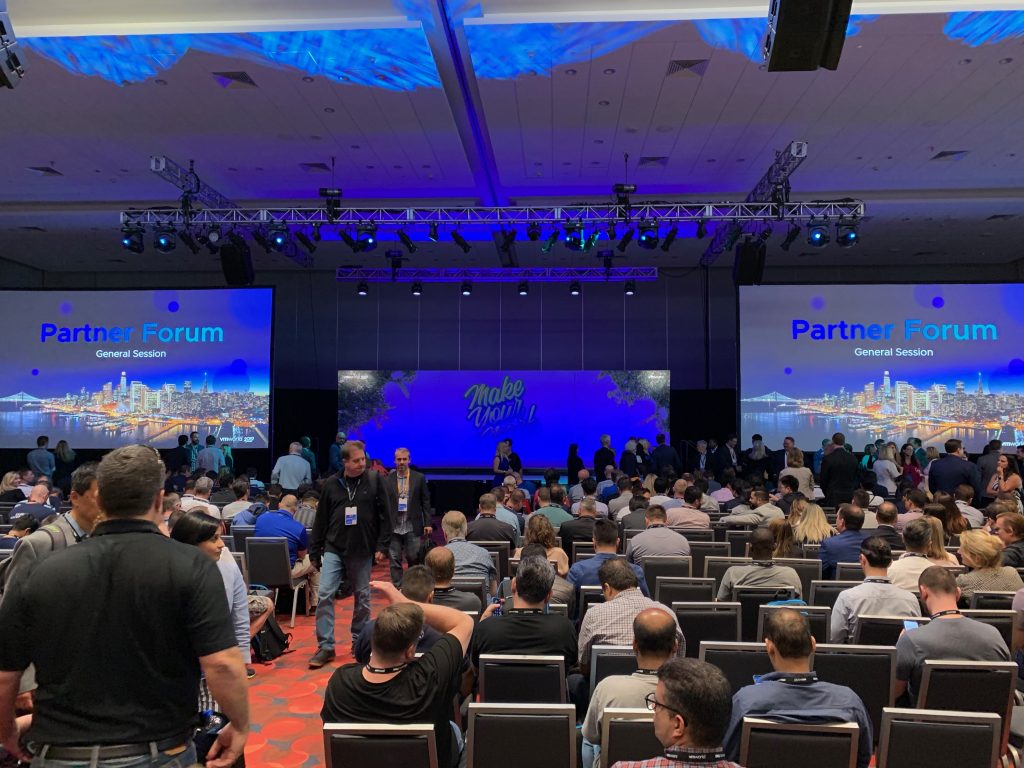 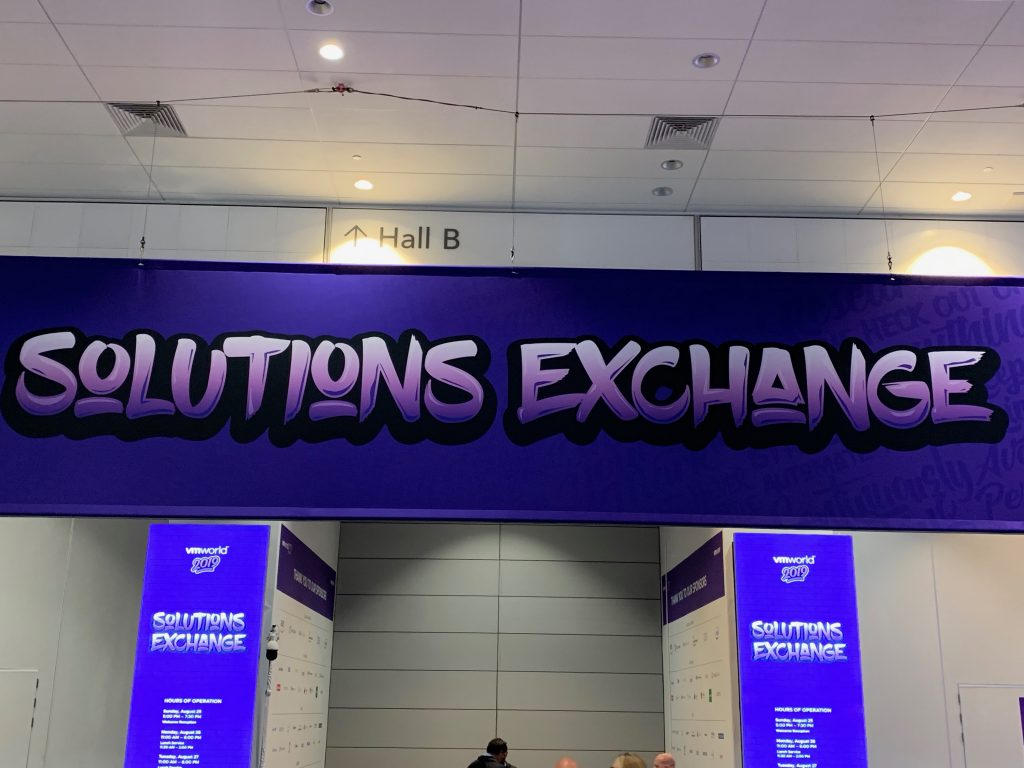 At last, I went to the VMUG Member Party in the SPiN San Francisco. Had a couple of beers with the guys and was great to see Micheal Dell, Sanjay Poonen and Brad Tompkins!