Which aspects should I focus on when I want to buy a drone?

You can use a drone in different ways. Among others, drones can be used for inspecting airplanes, to deliver packages or to make video’s of a house by a broker. However, these are mainly professional applications of drones. Drones are also bought a lot by people who just want to make nice movies of the surroundings or just for fun as a toy.

When you’re planning to buy a drone for the first time, we can imagine it is difficult for you to know how you should make a choice between all the different models there are. Below you can find a few aspects which can differ between drones:

As you can see there are multiple factors which can make one drone different from another one. Make a decision about which factors you think are important for the way you want to use the drone and compare the drones on those factors. We wish you good luck with choosing your drone!

A dutch version of a great article to help you select the right drone can be found at dronechecker.nl 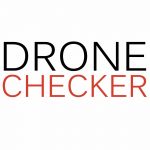